What is Hydrogen Antioxidant and what makes it so special?

Kenrico scientist has successfully developed a new activated ingredient, Hydrogen Antioxidant, made using natural xylose from organic corn fiber. Hydrogen Antioxidant is a very significant discovery in biomedical research for its reputed anti-inflammation, anti-allergies, and anti-aging properties. It has a negatively charged particles that also improve lipid and glucose metabolism. 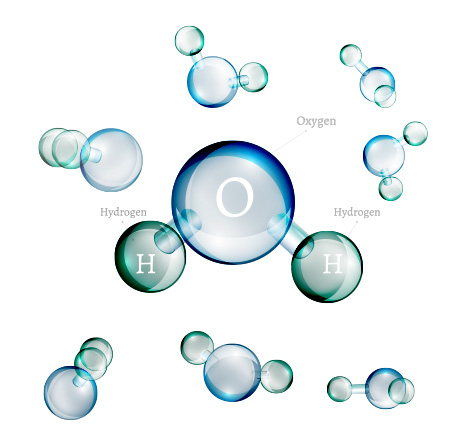 Hydrogen Antioxidant enhances the capability of Sporolife by expanding and contracting the wall of sporolife. It causes more heavy metals, toxins and pesticides to be absorbed by sporolife. The effects of the extra absorption is visible to the eye by the expanded size of Kenrico SAP Sheet during or after treatment.

Sporolife (world-wide patent 7182965, 03720506, 4485940) is essential in treatment of illnesses, diseases, and disorders due to its reputed analgesic (to relieve pain) and antidepressants effects to relieve stress and depression. It also binds to various substances such as heavy metals, toxins and pesticides like a sponge Hydrogen Antioxidant increases the potency of Sporolife in binding toxins by increasing its absorption power. 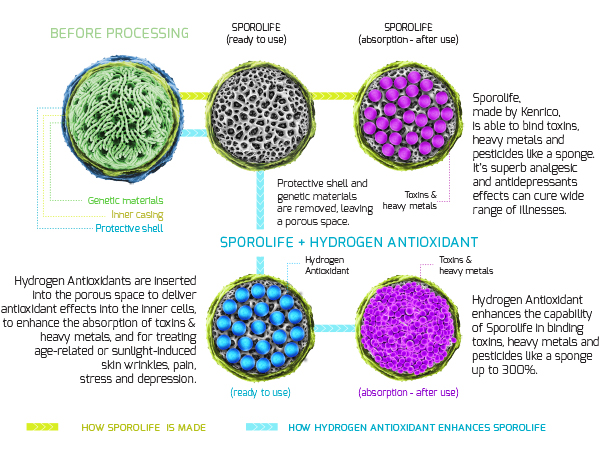 2
Curing fatigue and lack of energy


Hydrogen plays a crucial role in energy production. To be able to function normally, human must retrieve energy in the form of adenosine triphosphate (ATP). Once food is digested, the body uses enzymes to break down the food into more basic substances such as glucose. Glucose are then broken down through glycolysis and beta oxidation, resulting in acetyl CoA. Acetyl CoA is further broken down into hydrogen, oxygen and carbon. The hydrogen ions are transported to the mitochondria of the cells, which then uses the hydrogen to create ATP.


Hydrogen Antioxidant in the cells reduces levels of toxic reactive-oxygen that responsibles for rapid aging, and improve lipid and glucose metabolism in subjects with diabetes or impaired glucose tolerance.