FAT AND CELLULITE
Cellulite is a collection of fat that pushes the connective tissue beneath the skin. It causes undesirable changes in the appearance of the skin. Cellulite is very common in women than men because of differences in the way fat, muscle and connective tissue are distributed under the skin. Overconsumption of saturated fats and sugary items, lack of exercise and physical activities, sedentary lifestyle, changes in hormone, overproduction of estrogen are some of the causes of cellulite development.

FAR INFARED
Far infrared is part of the spectrum of light with a wavelength of 15 micrometers that penetrates deeper into the body. Far infrared is not visible to the eye without the use of measurement devices.

BENEFICIAL IONS
Negative ions or commonly referred to as beneficial ions, are odorless, tasteless, and invisible molecules that we inhale in abundance in certain environments; think of mountains, waterfalls, and beaches. Once they reach to our bloodstream, beneficial ions produce biochemical reactions that increase the levels of serotonin helping to relieve stress, alleviate depression, boost our daytime energy and increase defence against infection.

DIAMOND HYBRID EDITION (DHE)
DHE is a revolutionary medical treatment that uses two synergistic curing effects to cleanse toxins and thoroughly burn excess fats and cellulite at the same time. Applications are directed onto the areas on the body susceptible to fats and cellulite buildup, such as the trunk, arm and legs areas. The effects of DHE is reported to be instant by the manufacturer (Kenrico) and further confirmed by the participants.

Benefical ions, far infared rays and temperatures of non-skin contact layer of DHE (DHE-to-air or most upper layer of DHE) were measured. Imaging 8 and 9 showed the measurement of the layer of DHE with direct contact to the skin (skin-to-DHE or bottom most layer of DHE) that were measured after DHE had reached its top performance and were taken off.

DHE absorbs and breaks down fat and cellulite safely and effectively. Its far infared rays and beneficial ions are rated number 1 for use in non-surgical treatment. It is completely natural, more effective, and 100% safe with absolutely no side effects compare to conventional liposuction. 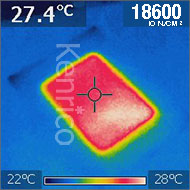 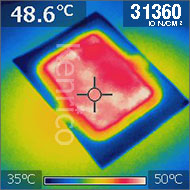 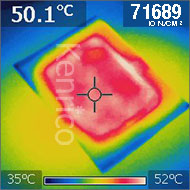 3. Beneficial ions and far infrared rays were automatically increased to 380% within 10 seconds from the start of the application.
Beneficial ions: 71689
Most upper layer: 50.1 C
Bottom most layer: 33.3 C 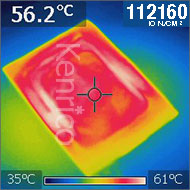 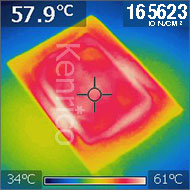 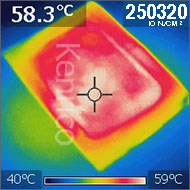 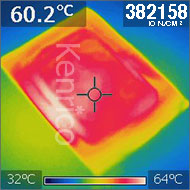 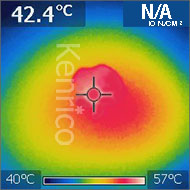 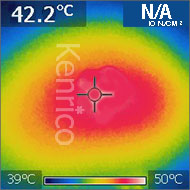