Background: This study quantified the effects of TRMX LIFE PLUS on the meridian nerve and transverse carpal ligaments in 1000 subjects with various degree of carpal tunnel syndrome.

Methods: Subjects were individuals ages 20-80 who had symptoms of carpal tunnel syndrome. A series of questionnaires were used at the beginning and at the end of each week for a six-week period to measure the effects of the TRMX LIFE PLUS.

Results: The symptoms of the carpal tunnel syndrome were significantly altered. At the end of the sixth week period, 100% improvement was recorded with 86.40% of patients reported having fully cured, 5.00% reported significant improvement, and 8.60% reported moderate improvement.

Conclusion: Application of TRMX LIFE PLUS can reduce the pain and discomfort of the carpal ligament and nerve.

A small hand muscle is driven by approximately 200,000 neurons. These neurons form the nerves in the human arms and hands that in turns provide sensory information to the brain to a complete a precise movement.

Carpal tunnel syndrome (CTS) is associated with the thickening of the transverse carpal ligament that compresses the underlying median nerve. The pressure from the compression can cause pain, numbness, and tingling sensation in the wrist, fingers, and arms.

Treatment using medication has been used with moderate success. Therapy using ultrasound and medication have been used for mild to severe CTS with moderate results. Also, continuous use of low-level cold and heat wraps had ben shown to provide temporary relief for a few days only before the pain returned.


One thousand subjects with ages 20-80 were recruited as participants. Subjects that are free from carpal tunnel disease or currently taking medications that may alter cardiovascular function were excluded. The characteristics of the subjects are listed in Table 1.


Subjects were applied one TRMX LIFE PLUS patch on each wrist at bedtime for 6 to 8 hours. The used patches were collected in the morning of the next day. A set of questionnaires were distributed to the subjects every week and collected at the end of each week for 6 weeks.


Statistical analysis was accomplished by calculating the null hypothesis to examine if there is significant difference between the first week and sixth week. P(T<= t) two tail (0.010322) gives the probability that the absolute value of the t-Statistic (4.56211) would be observed that is larger in absolute value than the Critical t value (2.776445). Since the p-value is less than our alpha, 0.05, we reject the null hypothesis. There is significant difference in the means of each sample which indicates that the condition of the patients had significantly improved in 6 weeks. 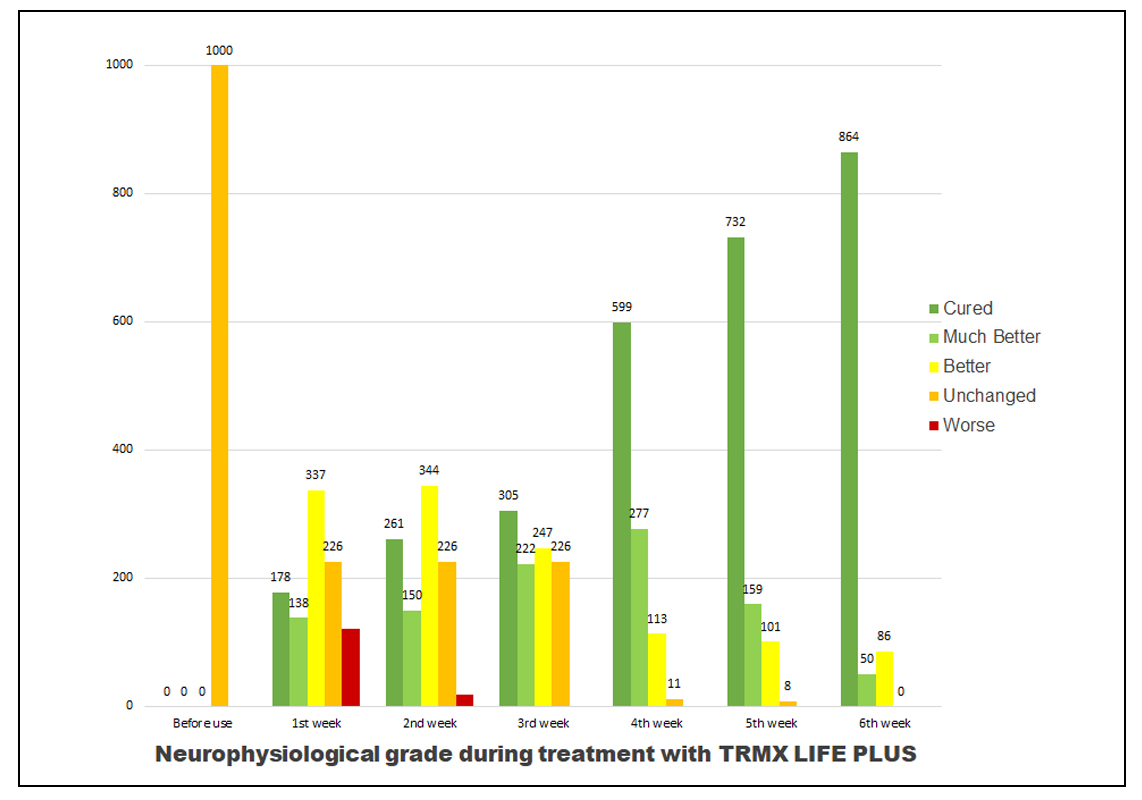 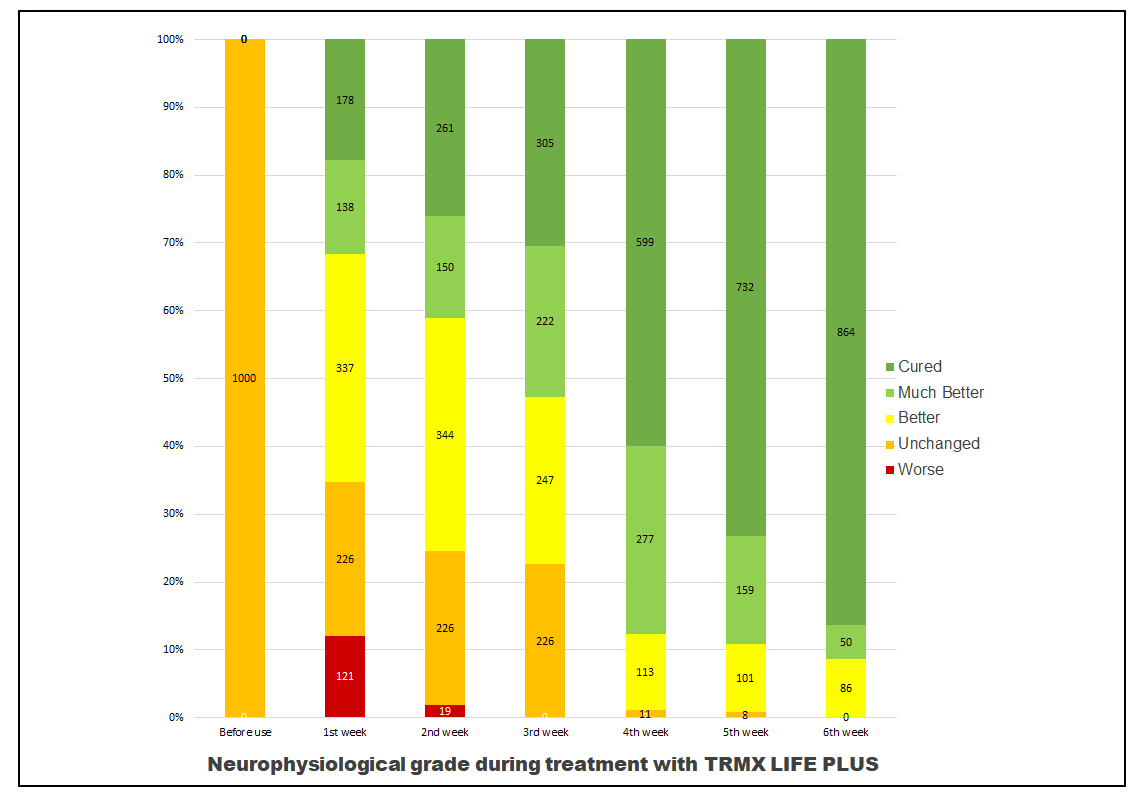 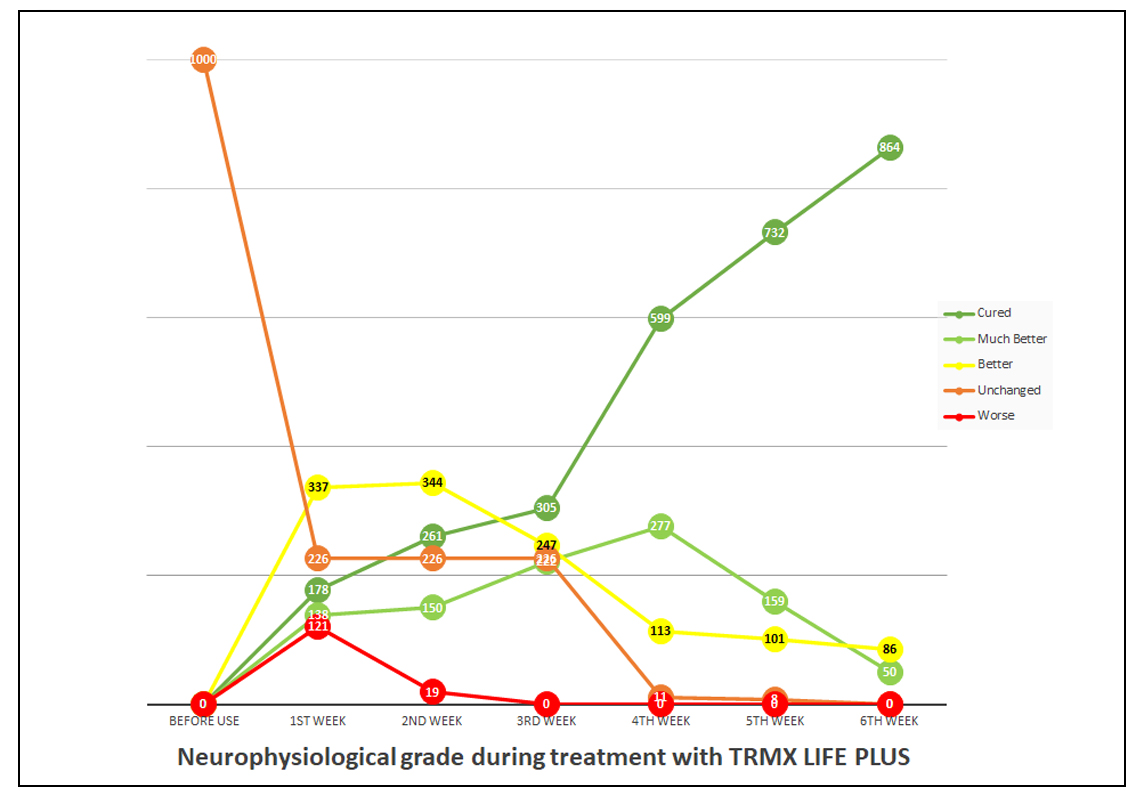 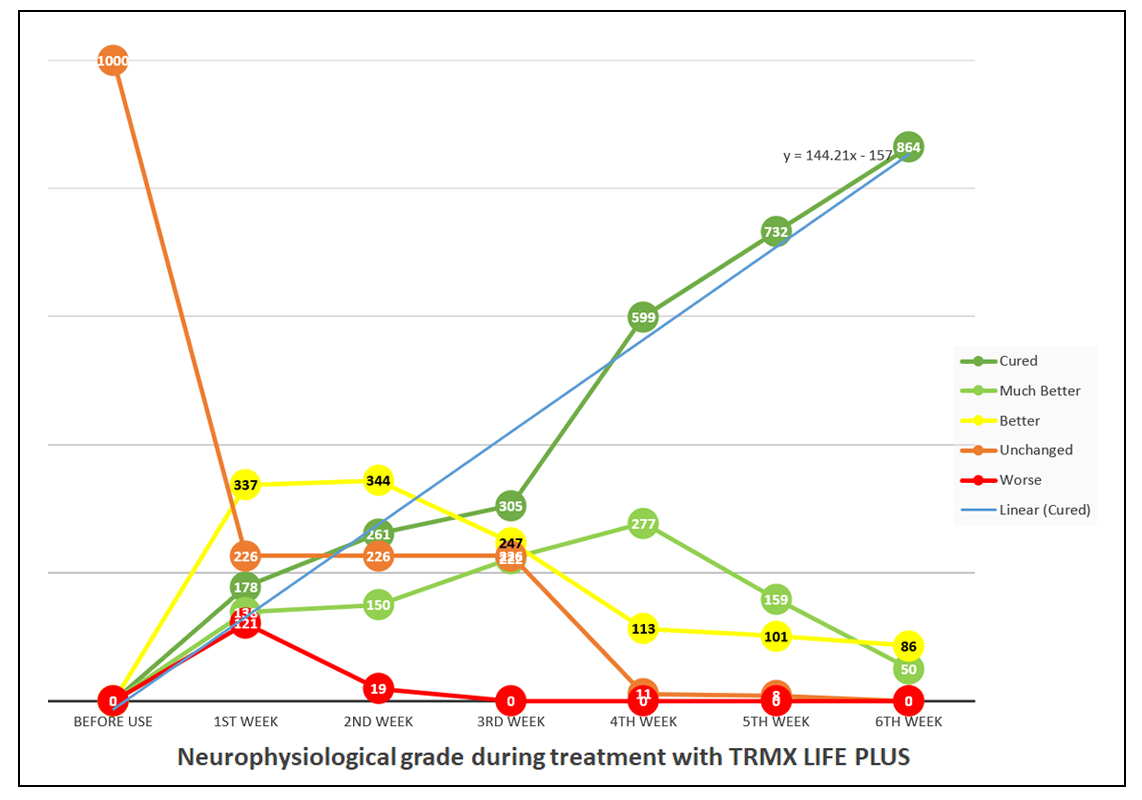