OBJECTIVE
Apoptosis is a normal physiologic process that leads to individual cell death. This process of programmed cell death is involved in a variety of normal and pathogenic biological events and can be induced by a number of unrelated stimuli. Changes in the biological regulation of apoptosis also occur during aging and are responsible for many of the conditions and diseases related to aging. Apoptotic cell death appears to play a significant role in the tissue damage that occurs in association with various abnormal conditions, for example, ischemia and various gastrointestinal disorders.

Ischemia is the result of deceased blood flow to a particular area or organ of the body. Ischemia is responsible for several important types of physiologic damage such as brain damage, spinal cord trauma and myocardial ischemia.

RESULTS
Human clinical trials with 300 number of participants confirmed the positive effects of Superior Edition (LEXIRIN) in treating gastrointestinal disorders and other wide range of diseases including Alzheimer's disease.

The human clinical trials has passed Phase I Trial by USFDA. In 20 patients receiving radiotherapy (out of 300 participants), clinical study showed significant positive results with the early post-operative return to nitrogen balance, early return of bowel sounds, no severe or bloody diarrhea and decreased hospitalization.

The Superior Edition (LEXIRIN) is manufactured using advanced water extraction and protected with patent US6,413,556 and US6,793,945 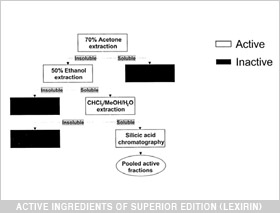 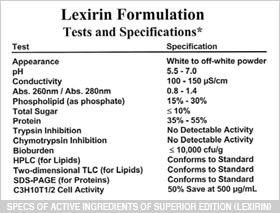 The effectiveness of the Superior Edition (LEXIRIN) in shielding gastrointestinal tracts against damages and preventing diarrhea: 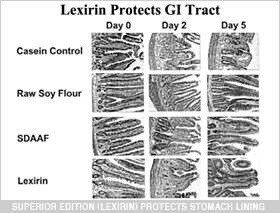 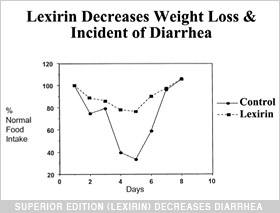 The effectiveness of the Superior Edition (LEXIRIN) in preventing organs damage from aging or radicals. The composition of LEXIRIN can be used as an elixir of life for prolonging the lifespan of normal healthy human or human with severe illness (such as HIV): 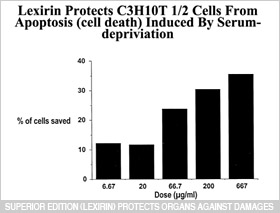 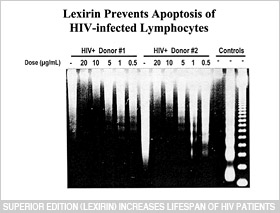 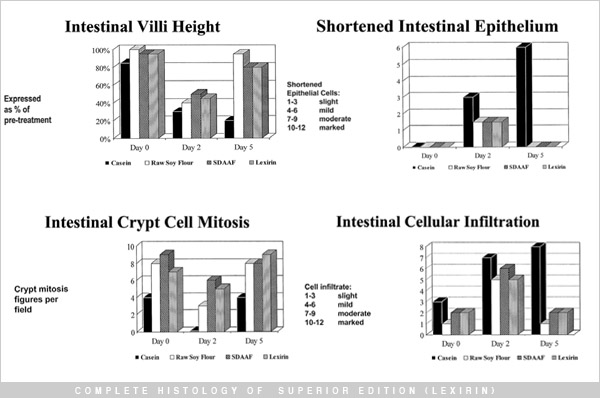